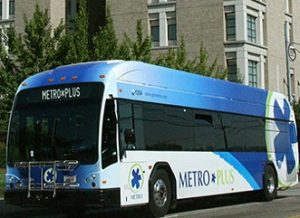 To improve efficiency and provide new options to attract ridership, Metro is proposing the restructuring of three local routes with the lowest productivity, effective in December 2017:

These changes are projected to increase ridership by about 22,000 rides per year and reduce costs by about $523,000. “As we reinvent Metro, we are taking steps to increase productivity and attract more riders,” said CEO Dwight A. Ferrell. “Making changes in how we provide service is important as we prepare for significant budget deficits in 2018 and every year after.”

Public meeting and other ways to comment:
A public meeting will be held on Wednesday, Aug. 23, 4-8 p.m. at Duke Energy Convention Center, Room 206, to receive public comments about the proposed changes. A brief presentation will be made every hour on the hour. The public may stop by anytime during the meeting to electronically record their comments for the record. Sign language and Spanish interpreters will be available at the meeting if requested at least one week prior to the meeting. Accessible format materials will be available if the request is received no later than one week prior to the meeting.

All comments received by 8 p.m. on Aug. 23, 2017, will become part of the official public meeting record and will be considered by SORTA.
Comments may be submitted in the following ways:
– On-line comment form
– E-mail to routecomments@go-metro.com
– Fax to 632-9202
– Comment forms on buses, at the Government Square information booth, and at the sales office in the Mercantile Building arcade